How to Discuss the Squid Game Hype with Your Kids 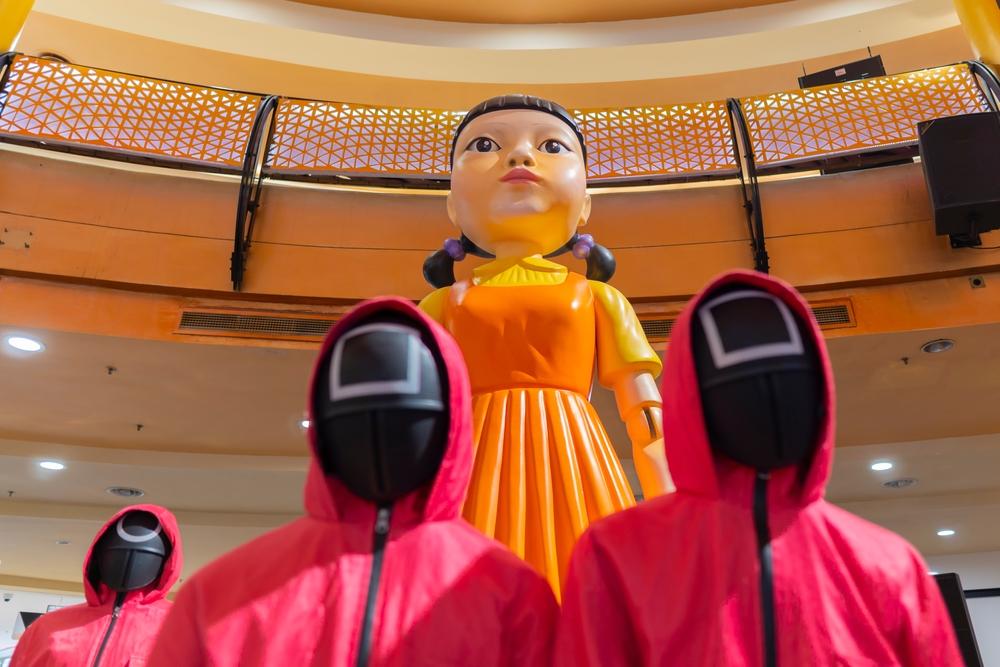 The South Korean Netflix series, Squid Game, has taken the world by storm in recent weeks to become the streaming giant’s biggest ever hit. The plot follows various desperate individuals as they compete in a secret contest with the aim of winning a life-changing cash prize. Each round of the contest is a riff on traditional Korean childhood games, albeit with a sinister twist: losing means losing your life — whether that’s a bullet to the head or falling to your death.

In most regions, the series has a mature rating (15/16/18+) due to its extreme violence, sex & nudity, sexual threat, and explicit language. Nonetheless, with the ease of accessing media online (whether on Netflix, or other streaming sites) a worryingly large number of underage children have watched it, are currently watching it, or are seeking ways to watch it. In regards to the latter, there are also scam “streaming” websites aimed at those hoping to circumvent Netflix — many contain malware and phishing tricks.

Even more concerning is the reported phenomenon of copycat games on playgrounds around the world. From Belgium to Florida, and Ireland to New York, children as young as six are reenacting the show’s brutal games and meting out physical punishment to the losers. Such is its popularity that for Halloween, the Squid Game outfits were some of the most popular costumes.

While it’s a pretty great series, experts agree that children simply should not be watching the show. In each of the nine episodes, dozens of people are murdered, injured, or otherwise brutalized. To put it simply: at the beginning of the series there are 456 contestants, a number which is slashed to two by the final round. . . that’s a lot of death, 454 deaths to be precise — complete with organ harvesting.

The developing brain of a child is not equipped for such extreme content. Effects of exposure could include anxiety, stress (including PTSD), trouble sleeping, and copying learned behavior. The latter is particularly worrisome when it’s violent behaviors — as we’ve seen borne out in the reports from the playground.

A Helping Hand from Trend Micro

We know that parents often feel they’re on their own when trying to guide their children through the digital and entertainment world. That is why Trend Micro has been excited to announce their latest product, Trend Micro Family, a complimentary solution that has linked apps for both parents and the kids — as well as a simple Chrome extension for ease of use.

Its key features include:

What Else Can Parents Do?

For parents who worry about their kids being exposed to things like Squid Game, there are things you can do to keep ahead of the curve — or at least not far behind. For starters, it’s important to try and keep up to date with pop culture — that way you’ll be prepared and in the know for when the latest hit or trend is making the rounds. The best way to do this would be to simply chat with your kids, to get an idea of what’s “in”. See our previous article for more on this and remember that “communication is key”.

It wouldn’t hurt to do your own research too: Common Sense Media is great, websites like BuzzFeed and Rotten Tomatoes are good resources too. As for educational resources on children and internet use, the folks over at the Digital Wellness Lab do great work — and we should draw your attention to our Trend Micro Cyber Academy, an exciting interactive series for kids and their parents on internet safety and digital wellness.

In the case of Squid Game specifically, the bottom line is: if your children haven’t seen it yet, parents should explain why this is so — and find other great shows together instead. If they have seen it, parents should help their children to process in a calm and educational manner the content to which they’ve been exposed.

If you’ve found this article a useful and/or interesting read, please do SHARE with family and friends to help keep our loved ones secure and protected.

How to Teach Kids to be Smart about Social Media

Protecting Kids from Social Media Threats – What We Need to Do

How to Teach Kids to be Smart about Social Media

Protecting Kids from Social Media Threats – What We Need to Do