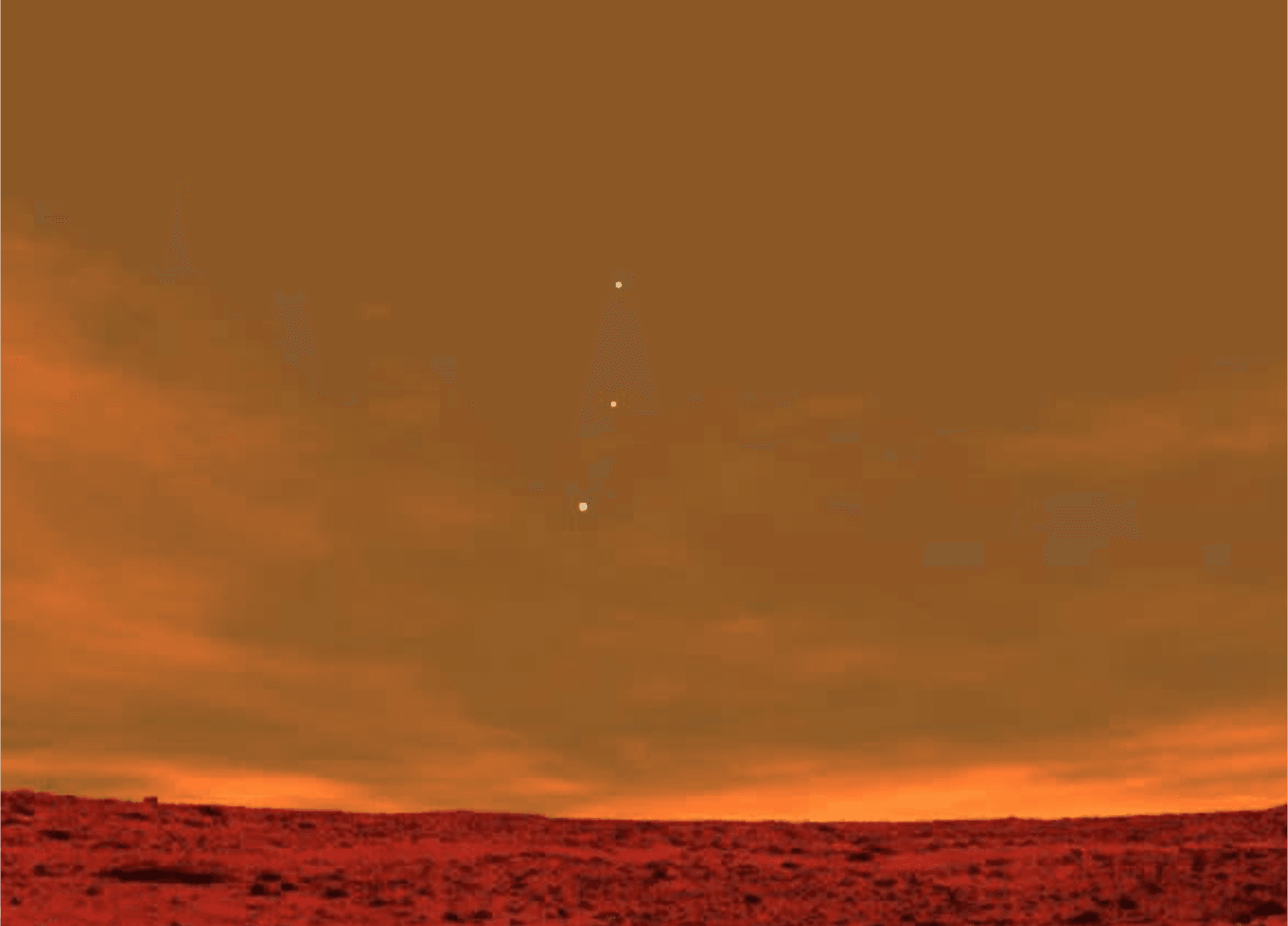 Have you seen the photo of Earth, Venus, and Jupiter taken from Mars? How about the large indoor icicle shown during the Texas blackout? Do you have an opinion about these? Are they real? In this post, we will share 4 ongoing widespread rumors with you in detail. They may be wild, ridiculous, or too creative to believe. That said, can you tell what is true and what is false?

Is the photo of Earth, Venus, and Jupiter taken from Mars real?

No. After NASA’s Perseverance Rover landed on Mars on February 18th, 2021, there are many photos allegedly taken from Mars circulating on social media platforms. One of them featuring “Earth, Venus, and Jupiter” went viral on Twitter, receiving over 1.7K retweets and 9.8K likes:

In reality, this photo is NOT genuine. It is not from NASA, either. It’s long-existing, supposedly showing a fake Mars skyline. Phil Plait, a science blogger, has debunked this photo as early as 2012. It is NOT a photo taken from Mars, but rather a software-generated image.

Unsure of what you read and see online? Use Trend Micro Check to help collect the information you need to tell what’s real:

Is the large indoor icicle shown during the Texas blackout real?

Nope. The Texas winter storm caused great destruction to many of its residents. Famous fashion influencer Tina Craig recently posted on her Twitter handle @BagSnob, a photo of a gigantic, ceiling-to-floor icicle in a house, saying those affected by the storm are suffering.

She claimed that the picture is taken in her nephew’s classmate’s house. The tweet has sparked some discussion:

The photo, which Tina Craig shared on her Twitter, has been circulating on the Internet for years, long before the recent Texas winter storm. The image is probably on the Internet since 2018, and it was found in other articles.

Feeling unsure of what you saw on the Internet? Use Trend Micro Check to help collect the information you need to tell what’s real:

Was the snow in Texas artificially made by the government?

No. Not at all! Rumor has it that the winter storm in Texas was “manufactured” by the government. Many people believed that the snow was artificially made and claimed that the government “faked” the blizzard.

A TikTok user Sarah did an “experiment” and posted it on her account, sharing that the snow didn’t melt when she attempted to burn with fire, thus concluding the snow wasn’t real. She went as far as using the hashtag #conspiracytheorist in her video:

The reason why the snow didn’t melt is that the remaining ice will absorb the water, making the whole snowball seemingly not “melt” and drip moisture. Phil Plait had already explained the phenomenon in an experiment dated in 2014. Videos of “unmelted” snow are not persuasive proof to say it is “manufactured” by the government.

Find it difficult to tell what’s genuine from what’s false? Use Trend Micro Check to verify the information you read online:

The claim is “mixture.” An article on We Got This Covered entitled “Tom Hanks’ New Movie Has Been Dominating Netflix All Week” made some people believe that actor Tom Hanks’ new movie dominated Netflix in February 2021.

Use Trend Micro Check to help you gather the information you need to know what is real:

Did you successfully identify the truth from the rumors? Pay more attention to what you read and share on the Internet! To combat rumors and misinformation, remember, you should always check first before you share.