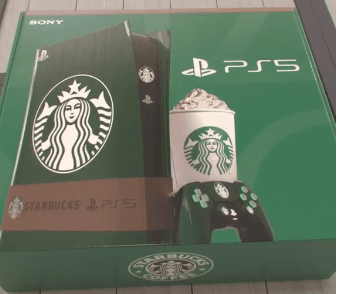 Does Russia have a ‘military Disneyland’? Do masks impact children negatively? Does Subway’s tuna contain no actual tuna? How about a Starbucks edition PS5? In this post, we will share 4 ongoing widespread rumors with you in detail. They may be wild, ridiculous, or too creative to believe. That said, can you tell what is true and what is false?

Does Russia have a military Disneyland theme park?

Rumor has it that there is a “Military Disneyland” theme park in Russia. The theme park does exist. However, it is more of a military amusement park opened in 2016 by President Putin, hoping to inspire young people to do “military-patriotic work.”

Furthermore, the name of the theme park is not “military Disney,” – an American nickname used in news reports – but “Patriot Park” (translated from Russian “Патриот Парк”) or the “Military-Patriotic Park of Culture and Recreation of the Armed Forces of the Russian Federation” (Военно-Патриотический Парк Культуры И Отдыха Вооруженных Сил Российской). Now you know there is indeed a military amusement park in Russia, except it has no association with Disney.

Use Trend Micro Check to help you tell what’s real:

Do masks have negative impacts on children?

NO! An Instagram post with an infographic entitled “The IMPACTS of Masks on Children,” which is now being labeled as spreading false information, has raised discussions and concerns. The post claims that masks have negative impacts and affect about 68% of children; it refers to a study based on an online survey from Germany with data of over 26K children:

However, the respondents do not necessarily represent the population or reflect the reality. In addition to that, the online survey collects respondents’ personal and subjective opinions, making its results less accurate.

In short, the study can’t support the claim that masks affect children negatively! Use Trend Micro Check to help detect misinformation and help you decide if the content you read online is correct:

Does Subway’s tuna contain no actual tuna?
It’s unproven, though we all hope the claim is false.

Rumor has it that Subway’s tuna is not actually tuna or even fish, but a “mixture of various concoctions.”

An ongoing lawsuit filed in California alleges that Subway’s tuna doesn’t contain tuna at all. Shalini Dogra and Alex Brown, the two attorneys of the lawsuit, told the media that they are conducting texts and find that the tuna from Subway is not composed of tuna. Nonetheless, they didn’t specify what ingredient was found.

Subway has denied the accusation, insisting that “Subway delivers 100% cooked tuna to its restaurants” to add flavors like mayonnaise. Although it seems possible that different branches may have different sources of tuna and other ingredients, there is NO evidence showing that Subway’s tuna contains no actual tuna.

Is there a Starbucks Edition PS5?

Sorry, but the answer is NO!
A TikTok video unboxing a “Starbucks edition PS5” went viral. This PS5 console can also be used as a coffee machine, creating a buzz on social media.

Although the Starbucks edition PS5 is not real, “it looks so real with the physical mockup, but the mechanism that dispenses the coffee and stores cups and lids is where the large fan is supposed to be,” Game Revolution reported. It isn’t easy to put the fan elsewhere, and the console can’t be cooled down. This only tells that the “game console,” unfortunately, is not functional. The video could merely be an excellent CGI mock-up.