Blockchain 101: What Is It? How Does It Work? And What Are Its IIoT Applications? 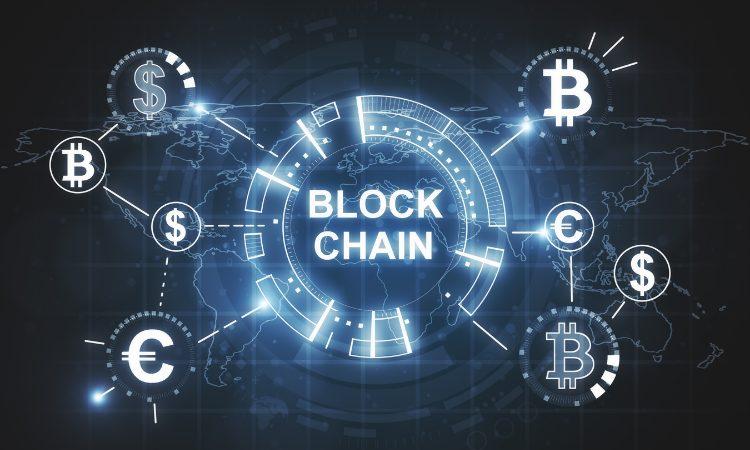 Blockchain is one of the world’s most important recent technological developments, and it’s still growing and improving. But how much do we really know about it?

In this article, learn about blockchain, how it works, and how we can utilize it to protect our connection to the digital world.

Blockchain, it’s a term that you might know if you are familiar with Bitcoin. After all, it is blockchain technology that helped Bitcoin thrive into what it is today. So, what is blockchain?

A blockchain is a public ledger of information collected through a network that sits on top of the internet. The way it records information is the cause for its groundbreaking potential. Blockchain prevents us from changing or deleting the information on a system. Blockchain technology can be used in the development of applications such as social networks, games, shopping websites, and much more. In this sense, it is very similar to the internet. That is why some people have dubbed it “Internet 3.0”.

Before Bitcoin or blockchain existed, using a virtual currency meant dealing with a lot of security concerns. There was a particular issue called “the double-spending problem”.

So, what is “the double-spending problem”? Think of it this way, imagine that you need to pay $50. You have a total of $100 in your account so you should be able to make the payment. What if, after making the payment, you notice that you still have $100 in your account and there was no deduction at all? That is the double-spending problem. It allows users to duplicate virtual currency.

How does blockchain prevent double spending? As mentioned earlier, blockchain is like a public ledger — it permanently records your data, meaning that once you’ve sent $50, it is impossible for you to create a duplicate instance of the money. Instead of saving the data in a single location, blockchain saves a copy of the data to computers or devices on the network, known as nodes. This method is known as a peer-to-peer (P2P) network. So even if one copy in your computer or network is damaged or lost, there are still multiple copies of the same data elsewhere on another node.

To fully understand blockchain, we need to know how it works.

A block is a record of a new transaction. When the block is completed it is added to the chain. Here is a simple way of looking at the process.

1. First, the new transaction is entered into the system.
2. This new transaction, or block, will then be transmitted to a peer-to-peer network, which is a group of computers that make up the blockchain network.
3. These computers will then process the transaction, and once confirmed it will be added to the chain, which is where records of all previous transactions are saved.

Nodes
A node is any device on the blockchain network, like your computer, tablet, or mobile phone. As long as it’s connected to the internet it can be considered a node.

Blocks
A block is a record of a new transaction.

Transaction
A transaction is the transfer of Bitcoin or another virtual currency to the network. A block will then be added to the blockchain, creating a permanent record of the transaction.

Now we know the details about the components of the blockchain, next we will learn more about the technology blockchain utilizes to make the network function.

Cryptography
This is the method of disguising and revealing (encrypting and decrypting) information through complex mathematics. Blockchain technology utilizes cryptography as a means of protecting the identities of users, ensuring transactions are done safely, and securing all information on the network.

Hashing
Hashing refers to the concept of converting data into another value of a fixed length called a hash. The data can be any type of data, an MP3 file, a book, a spreadsheet of your banking history, or even the entire internet.

Hashes are used in a blockchain to represent its current state. This means that any changes to the data in a blockchain cause a big change to the hash, rendering the modified data useless because it won’t be recognized as the same data anymore.

The Future of Human Currency

How humans trade goods and services with each other has evolved throughout the ages — from the barter system to paper money. However, it looks like we are nearing the age of digital currency, and blockchain is what is used to ensure that it is secure.

The industrial internet of things (IIOT) is an industrial framework containing a large number of machines and devices which are connected and synchronized using the power of the internet.

How Blockchain Technology Can Protect the IIOT

IIoT devices process a lot of information and data, with all the data being supplied in a chain, making it vulnerable to attacks. Blockchain doesn’t allow data stored on it to be changed or duplicated, meaning that it can be used to protect the industrial internet of things.

For example, by applying blockchain technology to a device that monitors and records temperature data, we can ensure that its data is not being modified, copied, or duplicated by any third parties.

There are advantages and disadvantages when using blockchain with the IIoT. Let’s look at the advantages first.

Advantages of Blockchain on IIoT

1. Data transfer efficiency
Blockchain can minimize the time required to validate the transaction of data between IIoT devices. This can be done by using or assigning a trusted device or node to handle the performance requirements of IIoT devices.

2. Increased network security
One of the most useful features of blockchain is its ability to legitimize the data being processed through it. IIoT contains a high number of devices, so it can benefit a lot from blockchain technology.

3. Cheaper costs
Blockchain uses peer-to-peer networks, meaning that there is no centralized control and that the data is validated without centralizing it. This means that eliminating a specific point of failure is much cheaper compared to a centralized network.

Disadvantages of Blockchain on IIoT

1. Large scalability
A dedicated management system is required to manage a large amount of data from the blockchain.

2. Legality of implementation
The legality of the implementation of blockchain is also a major concern because of the sheer amount of data being exchanged between connected devices.

3. Performance
With so many devices connected to one system, and so much data being shared over the blockchain, it can have a negative effect on the speed of the devices.

How does Trend Micro Check work?

How does Trend Micro Check work?