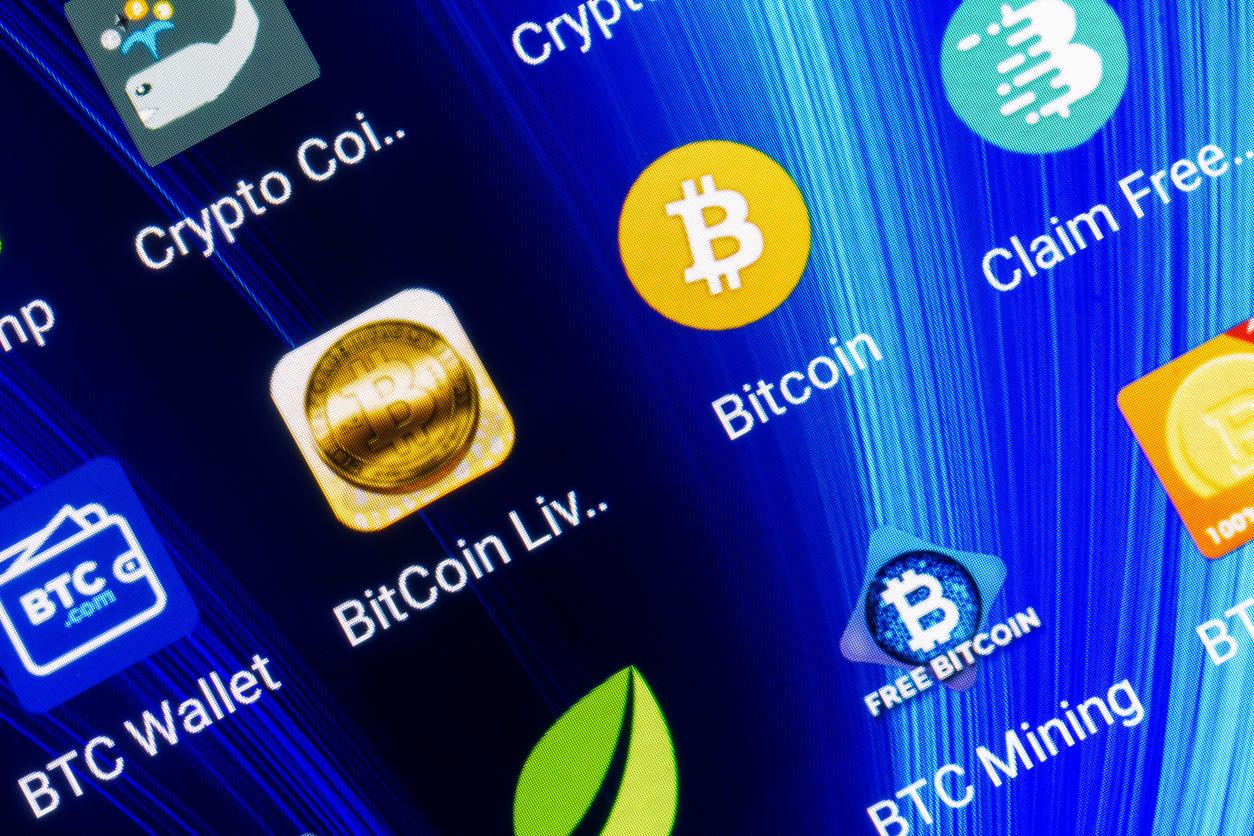 Cryptocurrency has been a hot topic for a little while now — and scammers know this. So to exploit people’s interest in digital currencies, they’ve been publishing deceptive crypto mining / cloud mining apps on the Google Play store. These apps don’t do anything that they advertise. Instead, they are just designed to trick people into watching ads and parting with their hard-earned cash for nothing!

Between July 2020 and July 2021, these scams affected over 4,500 people globally. With consumers reporting losses of over $80 million due to crypto-related scams since October 2020 and at least around 120 more of these fake apps still being used by victims, now is a good time to learn about the scammers’ tactics!

Polished design & fake mining simulation
While they may be far from law-abiding citizens, these scammers are certainly not dumb. They know that to convincingly deceive people, their apps have to look the part — and they do.

The scammers also know that if there is no way to actually mine cryptocurrency using their apps, people are going to instantly uninstall them as soon as they realize. To trick people, they simply program their apps to make it seem as though they’re mining crypto, but it’s only a visual effect – nothing is actually going on behind the scenes.

Ad spamming
Almost all of these fake apps use ads as a way of generating revenue. You only need to take a quick glance at some of their interfaces to see that they’re absolutely flooded! It’s almost impossible to click where you want without hitting an ad!

Every time somebody clicks on one of the ads, money goes straight into the scammers’ pockets!

Up-front & in-app purchases
You’ve got to be a pretty brazen scammer to charge people just for the privilege of downloading your fake app, but that’s exactly what they’ve been doing!

One of the scammers was charging people $12.99 for their fake app, while another was pricing theirs at a comparatively cheaper $5.99. What a bargain! Fortunately, both apps have since been removed from the Google Play store.

While requiring people to purchase the apps upfront is a bold move, it’s some of the in-app purchase prices that’ll really make your head spin! We mentioned earlier that these apps aren’t actually capable of mining cryptocurrency at all — they just pretend, but that isn’t stopping the scammers from offering in-app purchases to increase their app’s (fake) mining speed! Prices start at around $14.99, but some of them go as high as $189.99!

Only coming clean in the terms of service
I think most of us can admit that we rarely (if ever) spend the time to read an app’s terms of service. However, if you think you might’ve stumbled upon a fake crypto mining app, it wouldn’t be a bad idea to peruse through its TOS.

Many of these fake mining apps are listed in the Google Play Store’s Finance category and profess to be legitimate on their Play Store pages, too. But the TOS tells the real story…

In the terms of service, many of these apps state they are only cryptocurrency mining “simulations” and “games” — certainly not what you would think after seeing their Play Store pages! By claiming to not be a real mining app, the scammers are attempting to circumvent any responsibility to issue cryptocurrency payments to users.

Neverending money withdrawal loops
Obviously, none of these fake apps are capable of mining any real crypto, but that isn’t going to stop people from trying to withdraw it! Of course, the scammers have pre-empted this.

If the apps are not asking you to click on ads before you can withdraw money, they’re requiring you to invite your friends to start using the app. The scammers are hoping that by making people jump through a ton of hoops before they can withdraw anything, they’ll just give up trying.

How to stay safe from fake crypto-mining apps

A handful of these fraudulent apps have been removed from the Google Play Store recently, but who knows how many more will pop up over time? Here are some tips for recognizing them:

1. Try entering an invalid cryptocurrency wallet address. If the app accepts an invalid wallet address and is capable of performing follow-up operations, there is a high probability that it is fraudulent.
2. Restart the app or your mobile device while it is mining. As mentioned, these fake apps are just pretending to mine crypto. If you restart the app or your mobile device during the mining process and the mining counter resets to zero, that’s a big giveaway of a fake app.
3. Confirm that there is a withdrawal fee. Apps promising free withdrawals are highly suspicious.

Here are some of the additional features Trend Micro Mobile Security offers: